After The Thin Man, 1936
Movie Posters 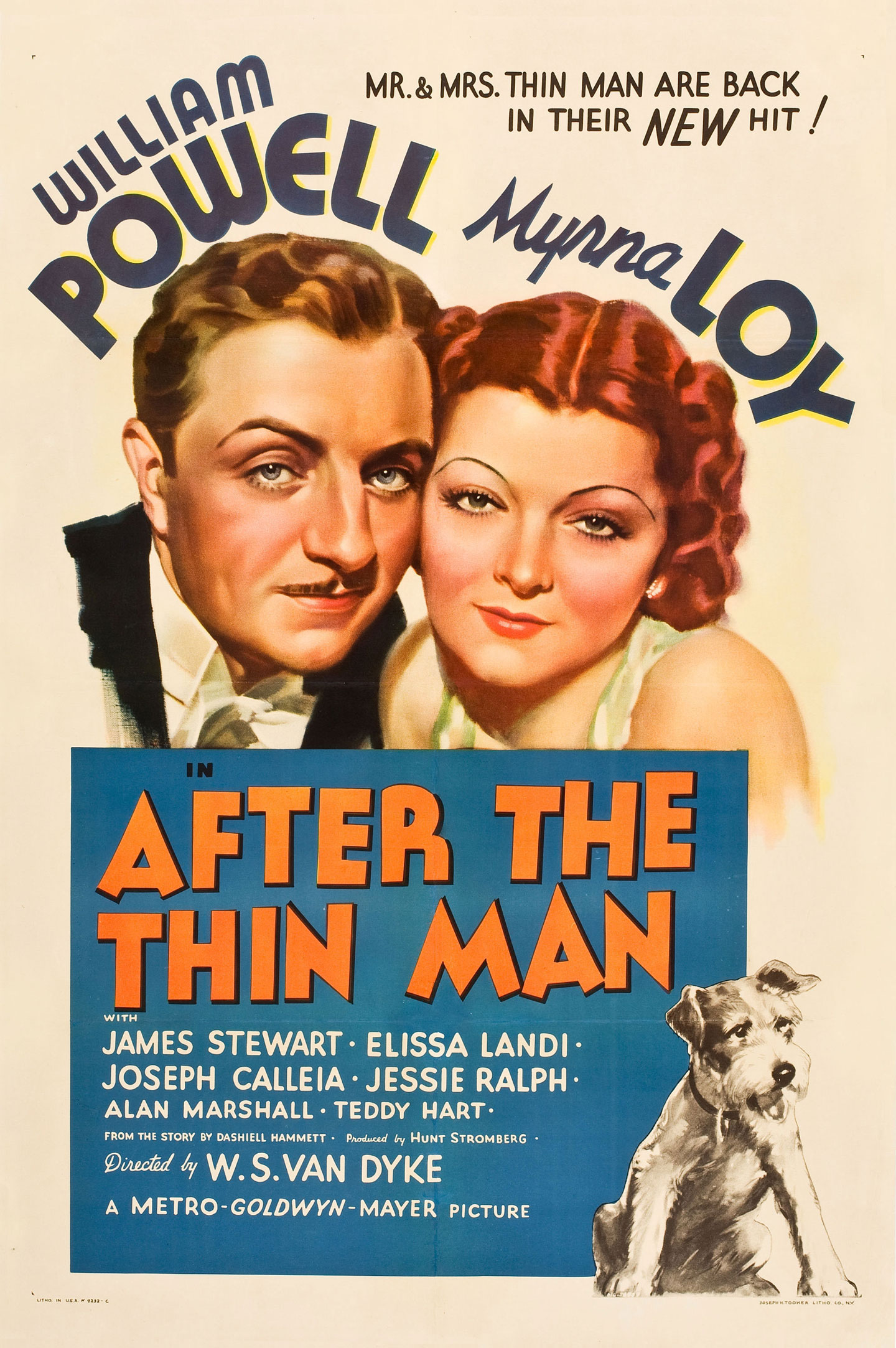 Far from a dog's life.

Skippy, who played Asta Charles for the first 4 films, was retired and replaced by offspring "Asta Jr.", a canine who's real-life name was Asta Jr. For the last Thin Man installment, Song of The Thin Man, another son named "Zip" was cast. Look closely and you'll spot the different spots differentiating the canine actors apart. 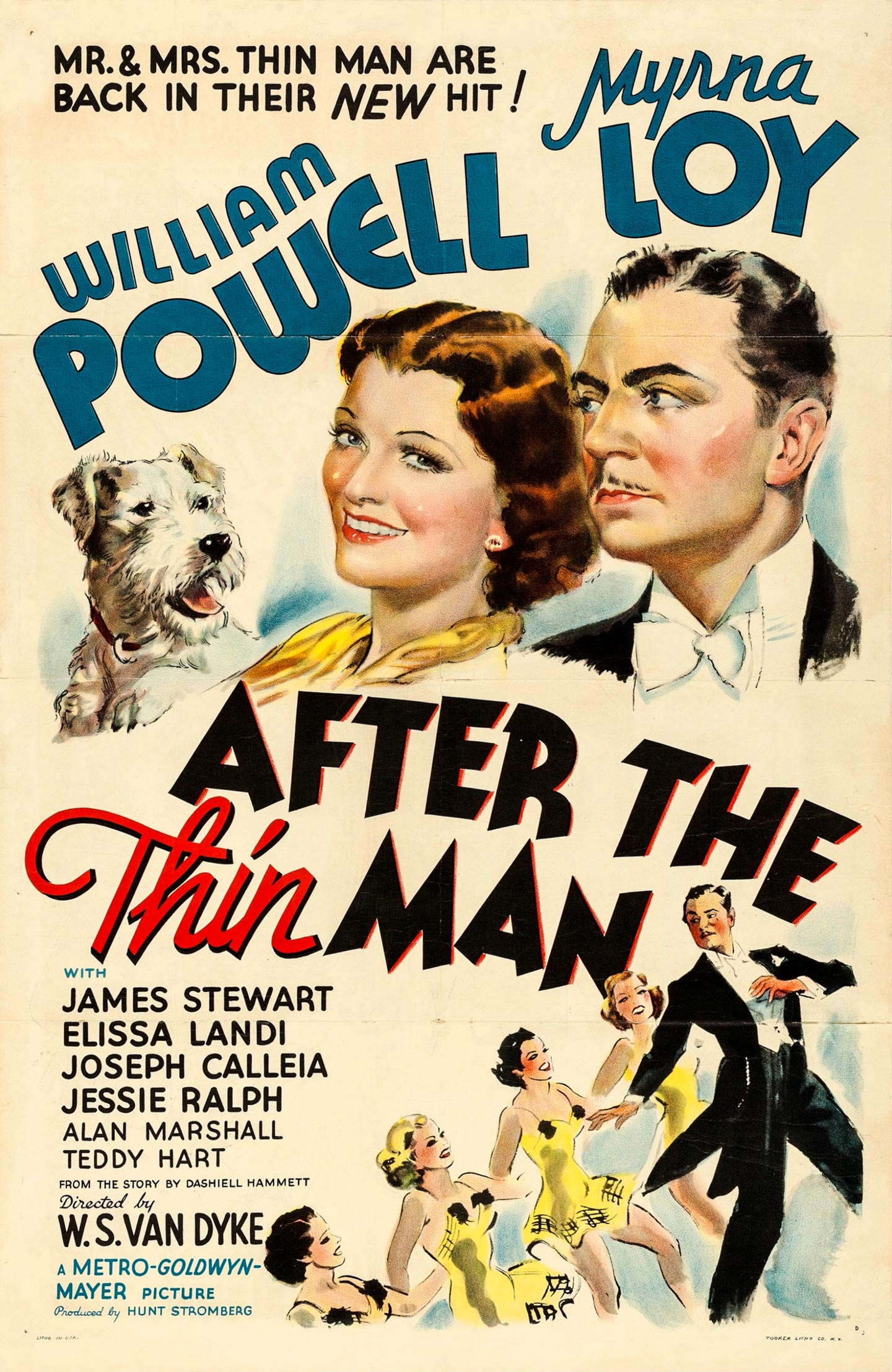 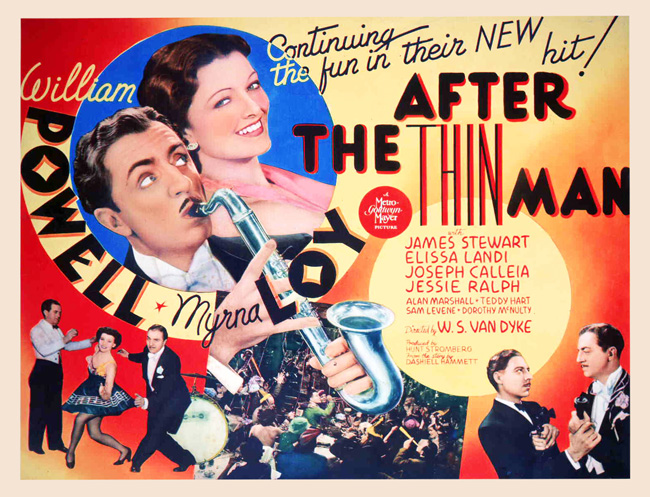 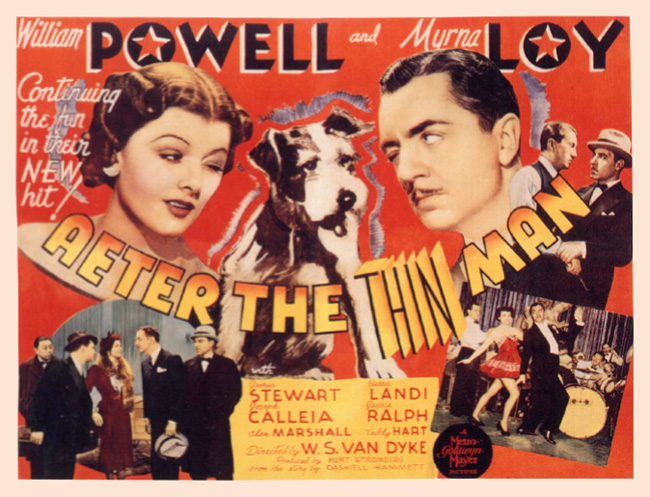 After The Thin Man, U.S. Insert 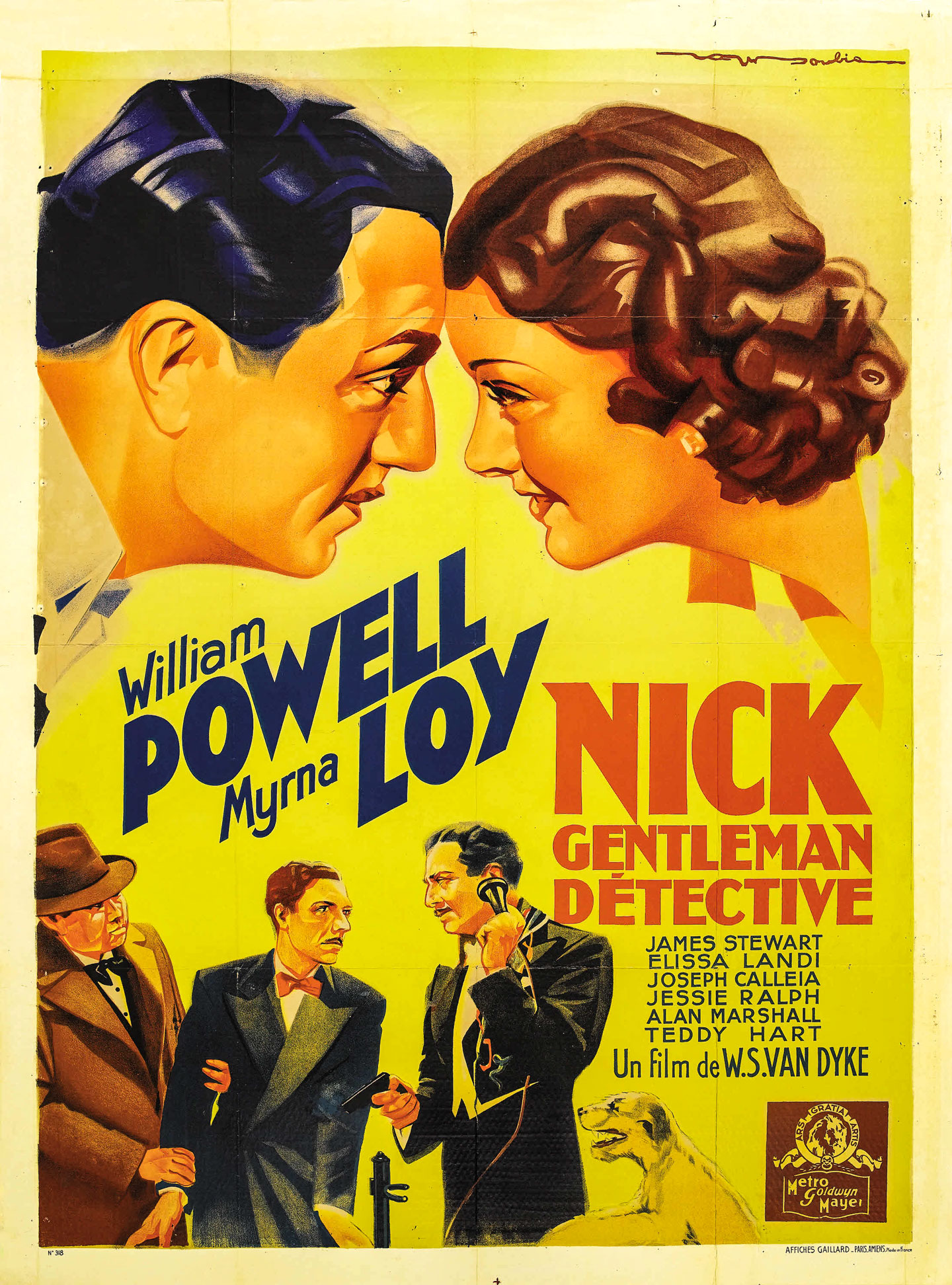 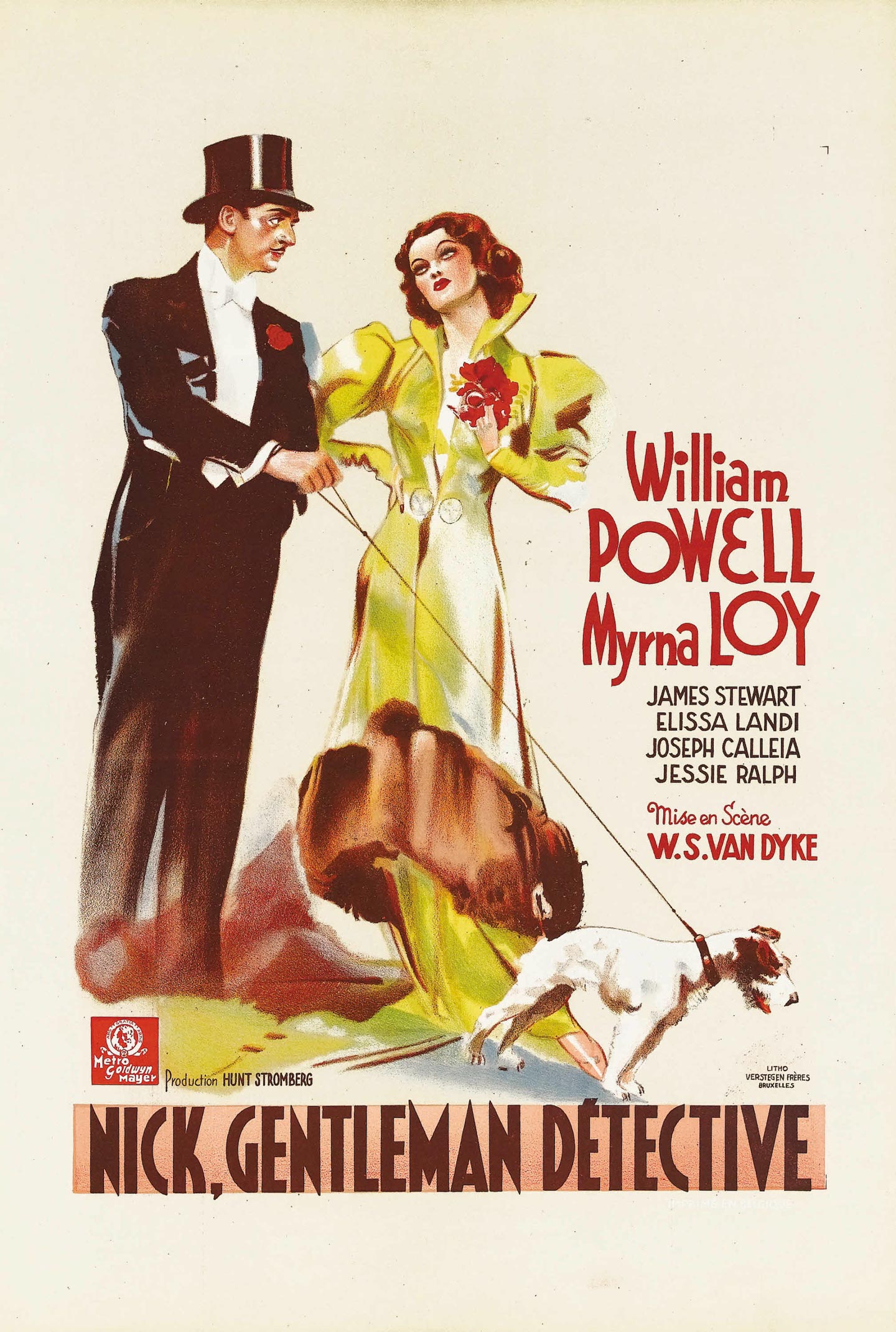 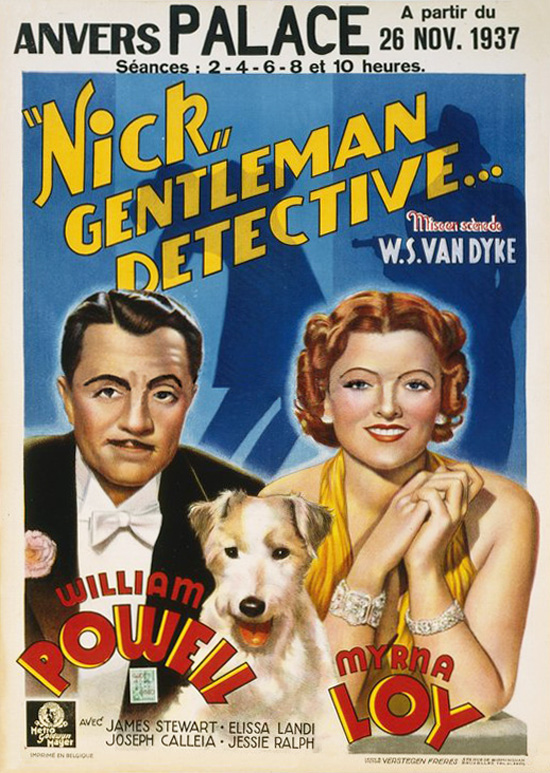 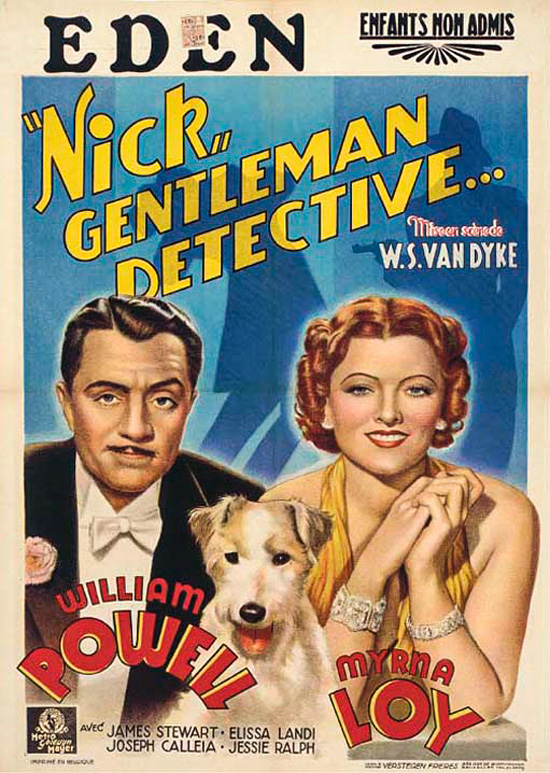 Above: Two examples, for the alternate variation, of After The Thin Man, 1936 - Belgium one-sheet moive posters, measuing 33in x 24in. In the style of the U.S. window cards, Belgium movie posters provided a small "swipe" atop the poster for the movie theater to place their stamp indicating theater name, calendar date, screen times and a reminder to leave your children at home. - "Enfant Non Admis"

Original Belgium release movie posters often have their censor stamp intact, as seen above on both posters.